5G commercial deployment is not anticipated in earnest until approximately 2020.  However, there is substantial R&D effort underway with major telecom infrastructure providers.  There are certain regional regulatory and policy efforts underway as well.

In the United States, the Federal Communications Commission (FCC) is leading 5G policy efforts and on July 14, 2016 released a REPORT AND ORDER AND FURTHER NOTICE OF PROPOSED RULEMAKING regarding rules for new use of 10.85 gigahertz of spectrum in the millimeter-wave bands, and proposes to adopt similar rules in another 18 gigahertz.

The Information Technology & Innovation Foundation (ITIF) produced a report last year entitled 5G and Next Generation Wireless: Implications for Policy and Competition, which provided some additional views and opinions.

Wireless Waypoint is studying the 5G policy framework and initiatives within the United States and has been commissioned by Horizon House Research to produce a report to be released in 2Q 2017. 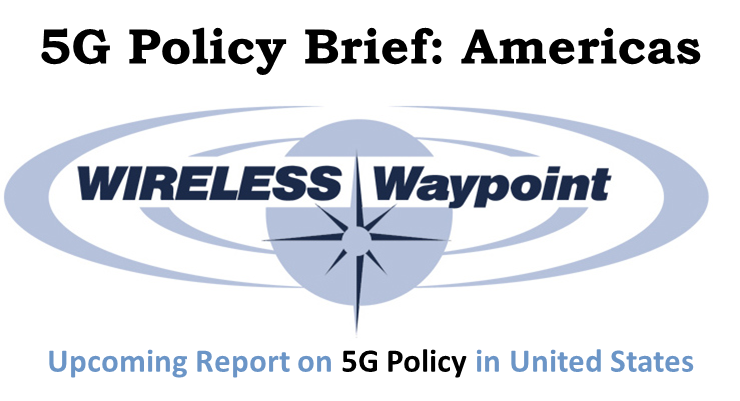 If you are involved in broadband wireless policy, 5G policy specifically, and/or if your company is part of the emerging 5G ecosystem, we welcome your inputs and viewpoints as part of our due diligence and analysis.

Contact Wireless Waypoint for more information and to schedule an initial briefing.